"Dear Sam, unfortunately we've rejected your application. It's simple—we don't like the way your face looks. We plan to continue our search, and (ideally) find a hotter candidate with better vibes."

So hurtful! If a job rejected me because of this, I'd post a tweetstorm and find a lawyer. I'm suing, dammit!

But alas, you can't sue someone for not wanting to fuck you.

Most guys experience sexual rejection for the first time in high school (not surprisingly, a time when many guys become assholes).

It's deeply painful to be rejected for who you are.

So I try to protect myself from this pain. To appear strong.

Because trying to appear strong out of fear is an act of fear.

And further, if I want to appear strong, then my appearance will reflect the popular definition of "strong" at the time. Perhaps the thought that it's weak to cry.

Because life is just a sensory experience (in other words, the ability to feel). And crying is the result of feeling.

But the genuine type of crying—allowing the world to deeply affect me to the point of tears. That's fearless.

It's a reflection of what matters to me. Of what moves me.

We associate manliness with movement. With doing.

Feeling is the seed where all movement sprouts from.

Over the past year, I've taken a few stand-up courses (took 3 in LA, and now 1 in Austin). My Austin class recently had our "showcase" and below is the video. It feels vulnerable to share this stuff (even to watch the video myself). Being up on stage feels safer because I'm gauging people's reactions in real-time and reacting to that energy.

Sharing after feels different because people have their own reaction behind the screen, and I'll often never know about it. It's also "solidified" at this point, no more ability to react in real time. But fuck it—the more I share this stuff, the more comfortable it'll get. Impossible to avoid criticism with something like stand-up. 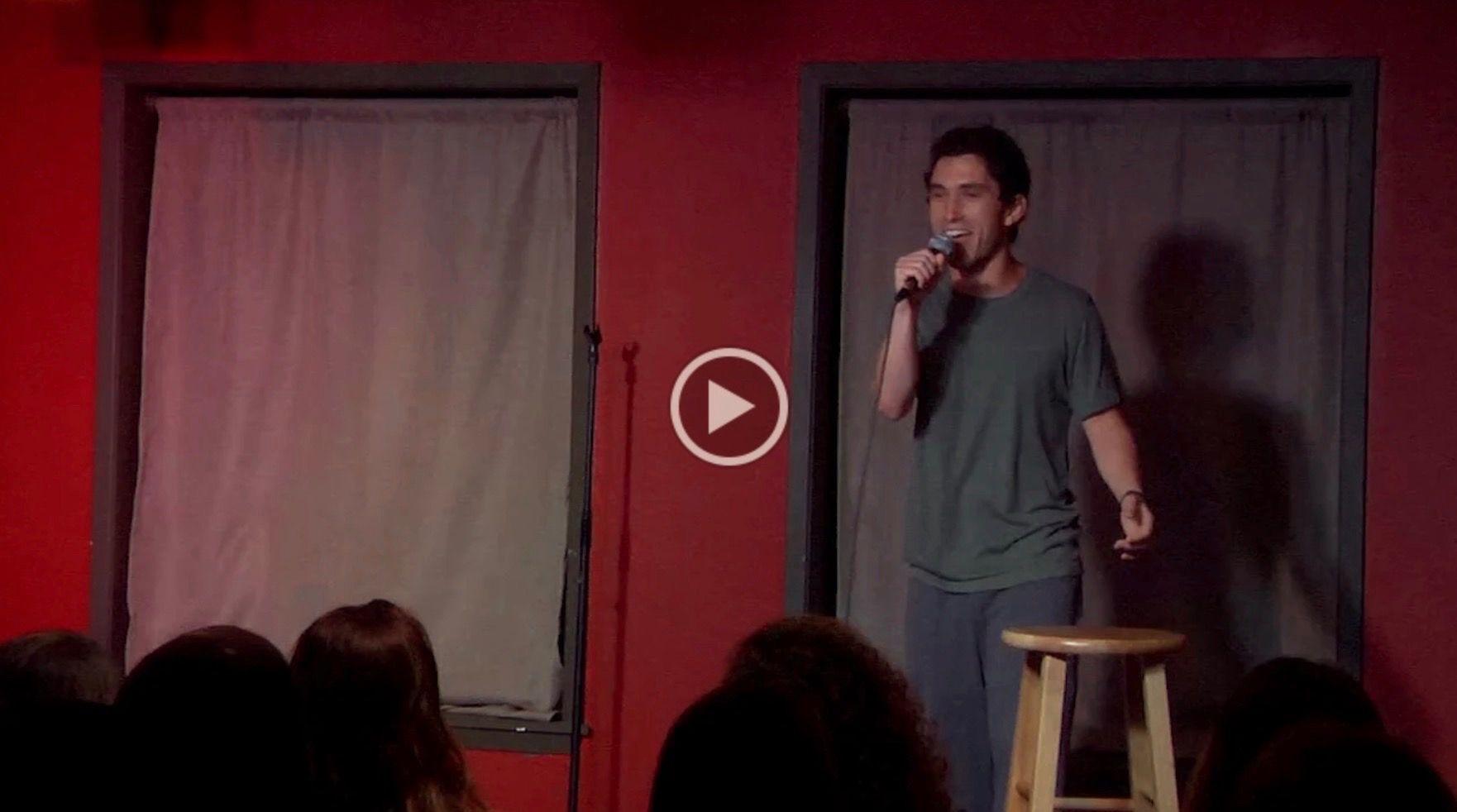 "I do not at all believe in human freedom in the philosophical sense. Everybody acts not only under external compulsion but also in accordance with inner necessity. Schopenhauer’s saying, 'A man can do what he wants, but not want what he wants,' has been a very real inspiration to me since my youth; it has been a continual consolation in the face of life’s hardships, my own and others’, and an unfailing well-spring of tolerance. This realization mercifully mitigates the easily paralyzing sense of responsibility and prevents us from taking ourselves and other people all too seriously; it is conducive to a view of life which, in particular, gives humor its due."

– Albert Einstein (in Ideas and Opinions, a collection of his essays)

There's this scene in Spongebob where Patrick says "act...natural." Spongebob starts to eat grass like a cow. The…

A few weeks ago, my world got shaken up. I traveled to Tulum for my first "mastermind summit" (through…